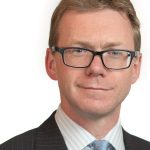 I am a freelance analyst, journalist and editor, covering healthcare, government and IT, often in combination. I write for publications including The Register, The Guardian and ComputerWeekly.com and edit In Our View, Socitm’s magazine for members. A selection of articles can be found through the portfolio pages linked from the navigation bar, and through the map below.

I also run training courses on data journalism including for Birkbeck, University of London; provide editorial services including work on white papers; and produce online mapping. You can sign up to my monthly email newsletter here.

I worked as an analyst for EHI Intelligence (now Digital Health Intelligence) and Kable, in both cases focusing on healthcare IT. Before becoming an analyst, I was launch editor of SmartHealthcare.com, relaunched it as Guardian Healthcare Network and then opened its sister site Guardian Social Care Network. I originally joined Guardian News and Media in February 2008 as news editor of Government Computing magazine, after editing Elsevier’s Infosecurity magazine.

I have written about the public sector and IT for nearly two decades, as a reporter for Computing then as a freelance journalist for titles including the Guardian, Health Service Journal and Government Computing. This has included coverage of general computing issues, but I have had a focus on government and healthcare – both IT topics and management issues – for many years.

I live in West Oxfordshire, David Cameron’s former constituency, which I wrote about for the Guardian when he was elected Conservative leader.