In a few hours’ time, those of us who watch UK public sector will say au revoir to one of our most generous providers of stories. From 1 January 2021, UK public sector procurement notices – announcements that an organisation is thinking about or offering to buy something, has bought it or has cancelled its plans – will no longer appear on Tenders Electronic Daily, aka TED, aka the Supplement to the Official Journal of the European Union, aka Ojeu.

The search also finds University Hospitals of Coventry and Warwickshire NHS Trust’s £3bn Total Workforce Solutions II deal. Such massive numbers have enlivened many an Ojeu-based headline over the years, but have to be taken with very large amounts of sodium chloride. Total Workforce Solutions II (great name, you can almost see the poster) is a framework staffing deal covering many suppliers, and the software part is one of four elements in lot 2b that comes to just £25m.

Hacking through this kind of detail to find something interesting – such as confirmation in an Ojeu prior information notice that Transport for London will retain Oyster cards while moving them to the same system used for contactless payment cards (which I wrote a few weeks ago when filling in for PublicTechnology’s editor) – is what makes trawling procurement notices so worthwhile.

The good news is that Brexit means a brand-new British procurement system, Find a Tender. It was due to appear at 11pm tonight, but while I was writing this mid-afternoon the site seems to have gone live. At the bottom of the page, it reads: “Notices are based on TED XML schema. © European Union, http://ted.europa.eu, 1998–2019”. 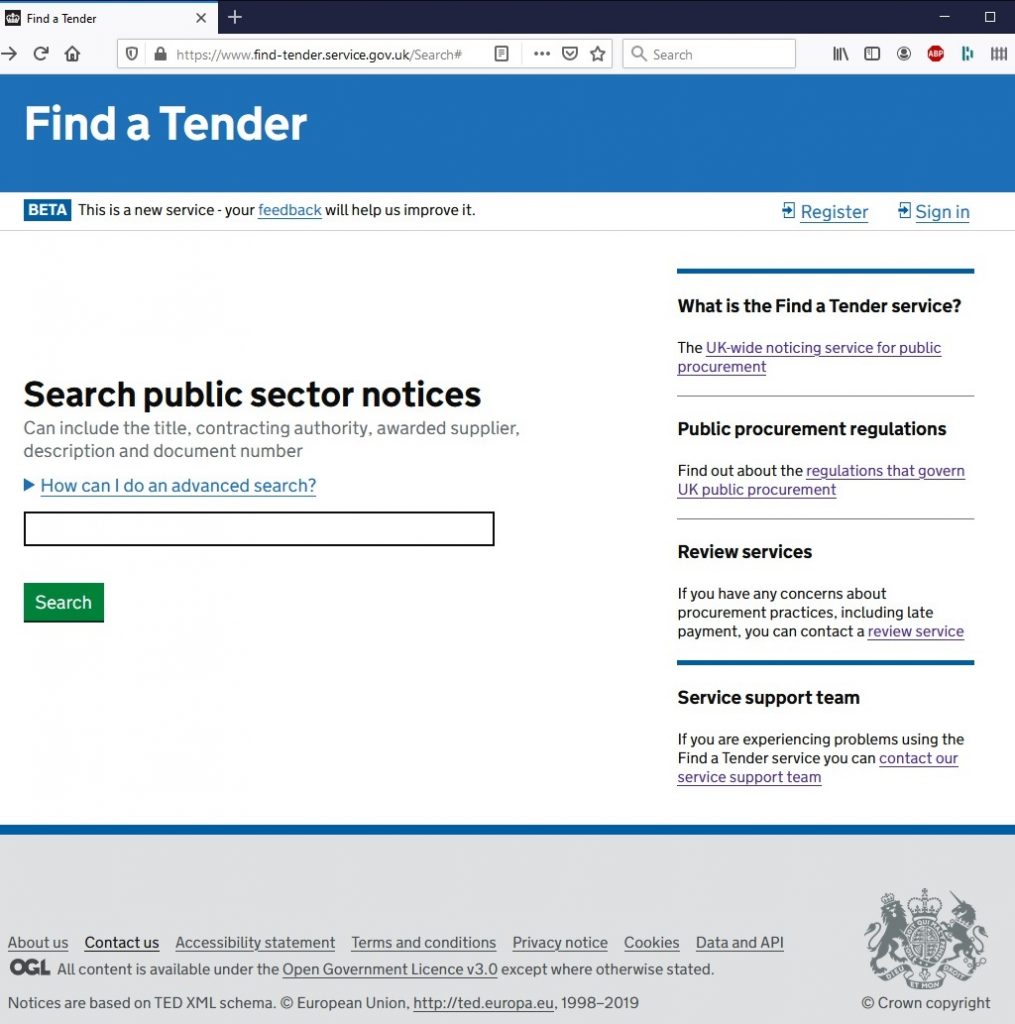 This has also been published through my monthly newsletter. Sign up below.