If I have a data journalism specialist subject, it is Britain. Writing about its public sector means finding out how to extract information on it through Freedom of Information, parliamentary written answers and open data on spending; knowing how to use official published data on Britain’s localities; and understanding the often-messy structure of local public services including councils, police, fire and NHS organisations.

I have just published a new e-book, Britdata: Finding data on the UK for journalists, researchers and campaigners, covering these areas and others, including tips on dealing with data and specific information on all of the UK’s top-tier local authority areas. A PDF of the introduction is here with more information here.

END_OF_DOCUMENT_TOKEN_TO_BE_REPLACED 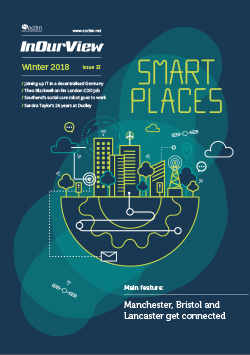 I edit the Society of IT Management’s magazine In Our View, which has previously been available to members and conference attendees. Starting with the issue published today, it is available to everyone to download.

This issue includes features on smart places, focusing on Manchester, Bristol and Lancaster, and local government IT in Germany. As usual for Socitm there is a question and answer article with a senior member, in this case Sandra Taylor, head of ICT services at Dudley Council.

END_OF_DOCUMENT_TOKEN_TO_BE_REPLACED

According to recently-released data from the ONS, there were 4.82 million more people in the UK on this date in 2016 than on 30 June 2006, an increase of 7.9%. Many cities and big towns are growing much faster, with Manchester, Coventry, Peterborough, Luton, Milton Keynes, Slough and Bournemouth all up by more than 15%.

But 22 top-tier council areas (unitaries or county councils) have actually seen a fall in population over that decade. With one exception, they fall into two groups. Some are badly-off remote rural areas including Cumbria, Na h-Eileanan Siar (the Western Isles) and Ceredigion in Wales. Others are badly-off urban and suburban areas in the north of England and Scotland including Blackpool, Knowsley and Sefton on Merseyside and several authorities around Glasgow – although not the City of Glasgow itself, which grew 8.2%.

END_OF_DOCUMENT_TOKEN_TO_BE_REPLACED

The results are in from the six metro mayor votes held yesterday, with results and turnout mapped above. But as noted in yesterday’s post and map, the six city regions have a combined population of 9.53m compared with Greater London’s 8.67m, with their combined economies producing just 57% of the capital’s output. END_OF_DOCUMENT_TOKEN_TO_BE_REPLACED

Today, people in six metropolitan areas with a total population of 9.53m are voting for  new metro mayors, more than Greater London’s 8.67m. But despite the elections covering many of provincial England’s biggest and richest cities, their combined economies generate just 57% of London’s. END_OF_DOCUMENT_TOKEN_TO_BE_REPLACED