After a year of writing every week on Beacon, with the articles behind a subscription paywall, in 2015 I plan to publish longer articles every month. I will also open up what I write on Beacon, so everyone can see it. (This has already been the case if you have followed a tweeted link to an article.)

I have also opened access to some of my favourite articles from 2014 on Beacon, listed below. Hope you enjoy them. END_OF_DOCUMENT_TOKEN_TO_BE_REPLACED

Public Service Intelligence, the market intelligence firm where I’m a director, has just published a new report on city devolution. Devo-City: a short guide to Britain’s devolving city regions in words and data costs £10, and as well as providing the background has data on 17 UK regions that already have city devolution, look likely to ask for it, or could benefit from it.

Let us tell you what Devo-Manc is; which councils would be in an M4 City Region; and discover the 16 Lost Cities of Devolution. More information here. And, if you sign up for Council News Monitor, you can have a copy of Devo-City for free. END_OF_DOCUMENT_TOKEN_TO_BE_REPLACED

Local authorities matter. They provide many of the most basic public services: schools, roads, refuse collections and recycling, social services, planning and benefits administration. They are the part of government you would notice first, if they stopped working. In many areas of Britain, a council is the largest employer, and with their elected members, local authorities are arguably the most democratic type of public sector organisation.

But they are tricky to follow. Journalists trying to cover councils nationally suffer from being based mainly in one place, London, from lack of resources and from the sheer number of authorities.

The exceptions are journalists who work for locally-focused publishers. Despite falling advertising and circulation income, it is still local and regional newspapers, broadcasters and online publishers that produce the best coverage of local authorities.

As a result, while it is easy to keep tabs on your own council, if you want to track local authorities nationwide – as a councillor or official keen to learn from your peers, or a supplier seeking new opportunities – you would need to monitor many hundreds of sources.

So let Council News Monitor do the job for you. It’s a new email service, sent first thing every weekday morning, with articles and press releases from councils in all nine English regions, Wales, Northern Ireland and Scotland – or, as the four nations can safely be called again, the United Kingdom. END_OF_DOCUMENT_TOKEN_TO_BE_REPLACED

Stonehenge’s new visitor centre is a huge improvement on what it replaced, but it remains difficult to appreciate the stone circle with a jammed-up major road just a field away. You can do better a few miles south. 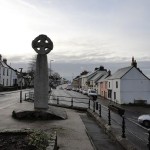 My latest article on Beacon focuses on three towns in nothern Cornwall: Bodmin, Padstow and Rock. Padstow and Rock have become known for their good food and the associated tourism that brings, through restaurants such as Rick Stein’s and Nathan Outlaw’s. Now, Bodmin wants to follow suit.

I wrote about Bodmin just over a year ago for the Guardian; for Beacon I caught up with the councillor who showed me around Bodmin’s Beacon technology park (no relation) and the town’s economic progress. Cornwall Council has decided to build new offices in Bodmin, and BT may use some of the space for its joint-venture with the county’s state sector. END_OF_DOCUMENT_TOKEN_TO_BE_REPLACED