With February’s Geek’s Guide to Porthcurno, I have now written a trilogy of pieces for The Register on globally important communications sites in the west of Cornwall. The first was on Goonhilly, the satellite earth station which received the first transatlantic TV pictures in 1962, which is finding a new lease of life as a commercial deep-space communications station. Sadly, it remains closed to most visitors, as Goonhilly’s boss Ian Jones focuses on building a sustainable business. 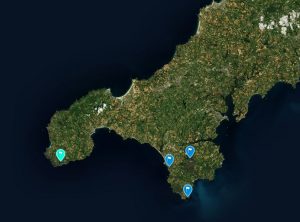 The second piece went back to the turn of the 20th century, covering Guglielmo Marconi’s experiments with wireless on the Lizard, focusing on two locations at the southern tip and the western side on the peninsula, both open to the public.

For the most recent one, I went further west and further back in time to Porthcurno, whose telegraph cable station opened in 1870 and operated for a century, and is now an excellent museum. The beach is still in use for telecommunications, in the shape of the terabit fibre-optic cables that run underneath it.

Unesco lists the mining landscape of Cornwall and West Devon as one of the UK’s world heritage sites. Shouldn’t Cornwall’s far west, where brilliant engineers have helped to pioneer all three of the world’s most important communications technologies, be listed too?

This is from my monthly newsletter, which you can see in full here. Sign up below.